Fomer Governor of Imo State, Emeka Ihedioha, on Friday apologised to Igbo people over his comments at the 2022 New Yam festival ceremony of the Mbaise People living in Ghana.

Ihedioha in a viral video that had generated millions of comments allegedly called people who are supporting the presidential candidate of the Labour Party, Peter Obi, saboteurs.

Appearing on Channels TV Sunrise Daily programme which was monitored by our correspondent, Ihedioha said that his speech in Ghana was misconstrued and blown out of proportion.

Apologising to the Igbo people, Ihedioha said that the word “saboteur” he used during his speech was not referred to the supporters of the LP presidential candidate but to his kinsmen whom he said were PDP members and were sabotaging the efforts of his party to reclaim power in Imo State in 2024.

Saying that he was sorry, Ihedioha added that it was not in his character to be rude, arrogant, or to use uncultured words on people whom he doesn’t share the same political beliefs with.

Speaking further, Ihedioha said that he was certain that PDP was going to win the 2023 presidential election.

He said that though Obi’s support base was growing in the South East region the PDP was going to win the zone.

On the crisis rocking PDP, Ihedioha said that the presidential candidate, Atiku Abubakar has the capacity to resolve it before the next year’s general elections.

Ihedioha said that his seven months reign as the governor of Imo state was “satisfactory” to the people of the state, beaming optimism that his party would sack the All Progressives Congress-led administration in the state in the next governorship election in the state. 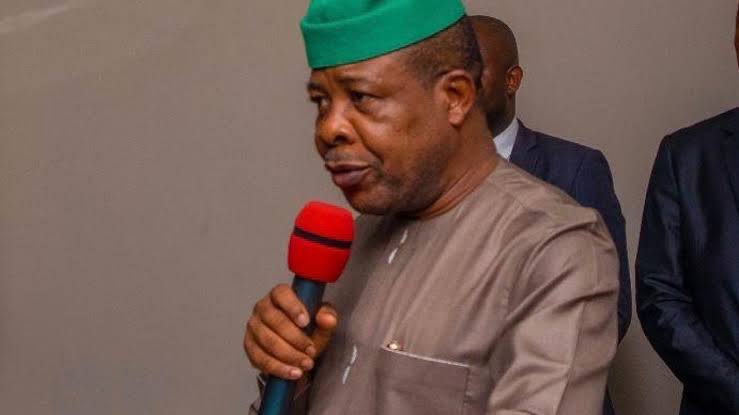